Back to Blog Posts
Prev Next

Henry County on Tuesday approved the extension of a local sales tax for education to keep improving our local school system and the experience for children in Henry County GA! 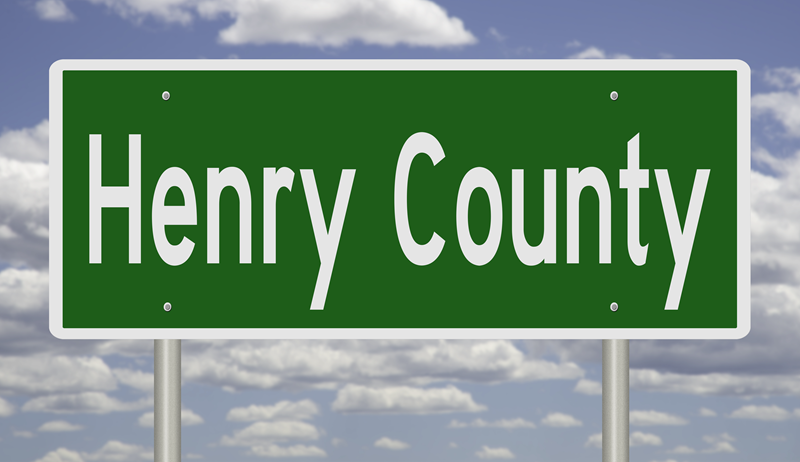 E-SPLOST or the Educational Special Purpose Local Option Sales Tax was an answer to a problem many school systems in this state faced with the quandary of how to keep up with growth in their schools and needed support while utilizing a general operating budget that is made up largely of salaries and benefits for teachers and staff. The state legislature and citizens in Georgia helped solve that by passing a constitutional amendment that allowed school districts to put before voters a measure that would create a one-cent sales tax to support capital projects in the school district.

Henry County Schools, like many other districts in the state, jumped at the opportunity and the first ESPLOST was passed by voters in 1997. The first pennies started rolling in the following year. It is important to note that E-SPLOST collections cover a five-year period, and districts wishing to continue the collections must put a ballot referendum before the voters to allow them to support a continuation or decline it. Henry County voters have overwhelmingly supported this continuation for 4 - E-SPLOSTs since the first one was approved. We are currently completing projects from E-SPLOST 5.

E-SPLOST generated funds can only be used for capital projects – construction, technology, transportation, learning equipment/resources – and NOT salaries or benefits. These funds go straight to supporting our students with the most up-to-date facilities and other vital resources for an exceptional education. When considering the role E-SPLOST plays to support our district’s growth, you have to understand that 90 percent of the annual operating budget covers salaries and benefits for 6,000 plus employees. The remaining 10 percent of the annual operating budget covers other general operating expenses. Keeping our buildings and resources current and modern has been possible through E-SPLOST.

Who is paying for E-SPLOST? The simple answer is anyone who eats, sleeps, shops, or has a business in Henry County. When a dollar is spent, a penny is collected for schools. The millions of travelers going north or south on I-75 each year, NASCAR fans flocking to the state’s largest sports venue in Hampton, youth sports teams from the southeast and beyond, and any other groups brought to Henry County, for any reason, contribute to E-SPLOST. When someone comes here, they spend money, and one penny makes its way to supporting our schools. Since the beginning, E-SPLOST in Henry County has resulted in roughly 62 billion pennies making their way to support a wide array of capital projects.

Henry County Schools is no longer a small school system. We have grown substantially over the past 20 plus years since we started utilizing E-SPLOST for support of growth. Henry County has more than doubled in county population and school enrollment. In just the 10 years from 2000 to 2010, we doubled from 20,000 to 40,000 students and ESPLOST was critical in helping us through that. 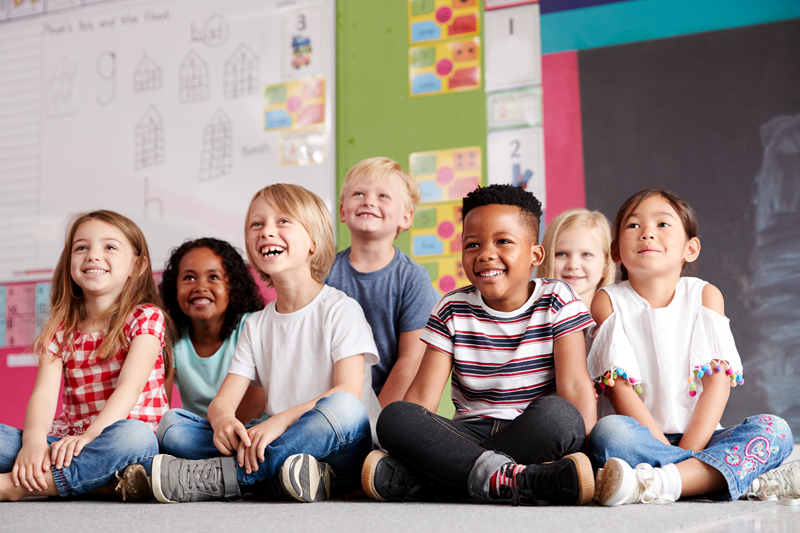 Six schools were constructed across various clusters as a part of E-SPLOST 1. There were two school renovations as well. Common items found here and throughout other E-SPLOSTs are general building repairs, instructional resources, technology upgrades (hardware, software, and infrastructure), transportation, and land acquisitions.

E-SPLOST 2 saw eight schools built in different clusters. There were new additions completed on different schools, too. And you can see more of the common projects, plus there was the conversion of a former school into what is now the district office building.

E-SPLOST 3, four more schools were constructed as well four renovations or additions. In addition to the common capital projects, there were also security camera upgrades in this E-SPLOST.

E-SPLOST 4 saw one new school constructed, but also four building additions were completed including the building addition for the Academy for Advanced Studies. There were some major renovations that were completed at 14 schools in the district, with the same renovations taking place at 35 schools in the following E-SPLOST. There was also completion on security doors for schools. You can see that funds were also used for instructional resources and providing air conditioning in our middle school gyms.

E-SPLOST 5. Two replacement schools were built and a new performing arts center was completed on the north side of the district in Fairview. As important as those were, in addition to many of the items you see here, it is safe to say that the investment in student learning devices for every student and computers for every staff member was a game-changer in light of what we have experienced with the current pandemic. While many districts struggled to keep remote learning afloat in their respective areas, our district, thanks to E-SPLOST, didn’t miss a beat and kept learning going at a high level, and that continues today. There were many other projects, like purchases of instructional resources for teachers, completed as seen on the list, each holding importance to the voters who voted for this E-SPLOST back in 2016. 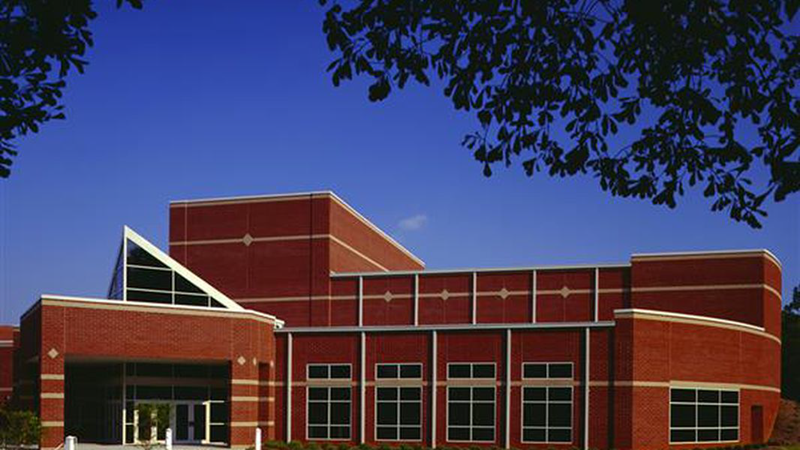 The projects proposed for ESPLOST 6 were not formed in isolation. They are defined by your voice and the voice of the community as shared with our board of education. Each and every E-SPLOST has reflected the community’s needs and a commitment to the needs for growth and development of one of the largest districts in the state and thousands of students who are served annually. We have used the same community approach with the development of the latest E-SPLOST project list, and here is what the board has prioritized;

First and foremost, our schools must remain safe and secure to ensure a healthy learning environment. Our current proposal calls for adding security access control at every school in the district by way of a key card/buzzer access. We will also have to update some aging fire alarm and intercom systems at various schools.

Student laptop learning devices and teacher/staff laptop devices. All of these devices are in need of a refresh. Our plans are to make that happen while also upgrading the digital infrastructure and updating all digital privacy and protection measures.

Kids need buses to get to school, and our fleet needs updating. We plan to add 25 new clean fuel, airconditioned buses each year to replace aging buses in the fleet. And our buses need modern maintenance facilities to keep our buses in top shape. A new facility on the west side of I-75 and a renovation of the current facility are proposed.

Fine arts is a strong component of the educational experience in Henry County Schools. Proposed in E-SPLOST 6 is the purchase of instruments for growth and replacement in current school programs, instruments for new programs across the district, and equipment for choral, music, visual arts, and theater classes at all levels. Interest in robotics has taken off across the district, and to meet this interest, course materials will be purchased for every school.

Construction in the earlier E-SPLOSTs was the main focus to keep up with increasing enrollment. There are five currently proposed new construction projects, with three of those being new schools. A new STEM high school will be constructed in response to the community’s growing interest in STEM opportunities for students. This also speaks to components of the strategic plan. Two elementary schools are slated to be built to help relieve growing populations at four schools nearby to the proposed site. There are also plans to construct a new district administration building and transportation maintenance facility.

With regard to growth, six schools have been identified as needing expansions due to current and anticipated growth in their areas. Dutchtown High and Middle, Locust Grove High, Ola High and Middle, and Union Grove Middle will receive expansions in this E-SPLOST.

Each school in our district will now get a digital marquee to support greater, more visible communication opportunities with the community.

Additionally, some schools are up for roofing and HVAC replacements, and other schools are in need of energy management enhancements.

Have a Question or Want a Free Market Report?

Contact Us
Questions? We're Here to Help
Recently From Our Blog 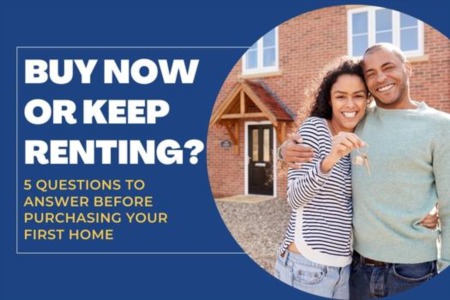 Buy Now or Keep Renting? 5 Questions to Answer Before Purchasing Your First Home 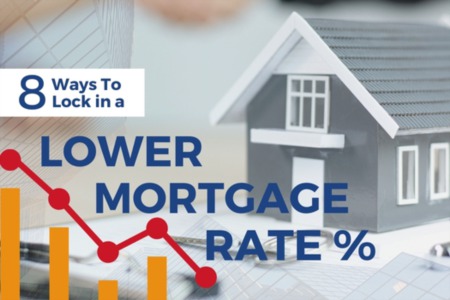 8 Strategies to Lock in a Lower Mortgage Rate in 2022

Have a Question or Want a Free Market Report?